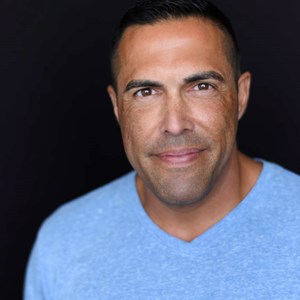 Steve has electrified, inspired, and entertained a wide range of audiences in over 30 countries with his unique style of bridging cutting edge Behavioral Science, proven Business Methodologies, Humor, UNFORGETTABLE stories, and Social Insights.

Lending his popular voice to various topics, Steve’s books, quotes, videos, and memes have become a social media sensation; being shared by millions across the globe in more than 25 languages.

Early Life:
Stephen “Steve” Maraboli (b. April 18, 1975) was born and raised in Port Washington, New York. He is one of three children born to Italian/Chilean parents. His parents migrated to the United States in the late 1960’s to escape poverty and have the opportunity to build a better life for their future family.

Steve’s father worked as a handyman and eventually built his own successful construction company. Steve’s mom was a stay at home mom who had success as an Avon salesperson in the 1980’s and later focused on building and ensuring the success of the family construction company.

Steve graduated from high school in 1993. During his early school years, he struggled with grades, was classified with a learning disability, and placed in an alternative high school for his senior year. After graduation, he entered the United States Air Force.

His parents realized their dream of providing a happy and healthy upbringing for their children and were married for 40 years, until his mom’s passing in 2011. Steve’s brother is a retired military veteran and his sister is a media executive.

Military Service:
Steve Maraboli is a decorated military veteran. He served as Military Police (Security Forces) in the United States Air Force, from 1993 to 1997.